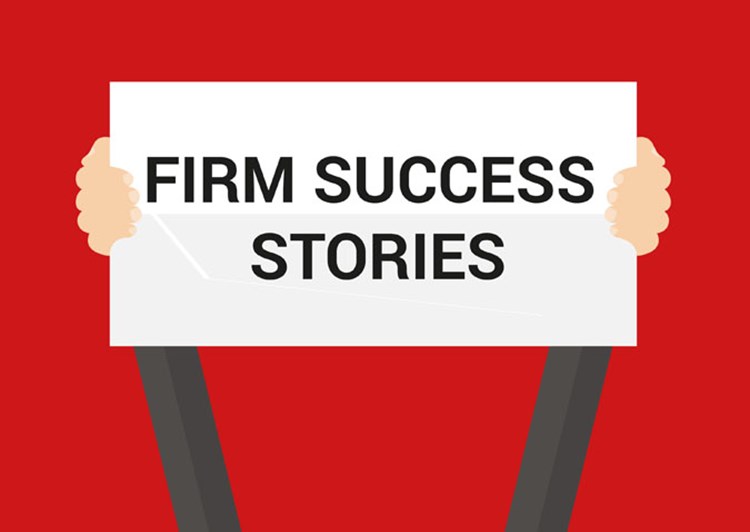 In this section, APAC region members report on deals they have worked on, clients they have won, the growth of their service areas, and interactions and referrals with other members from the APAC region and internationally.

Darren Anderson, Director at Australian lawyers Broadley Rees Hogan recently acted in a substantial property transaction on behalf of Cromwell Property Group, a global real estate investment manager, in relation to the due diligence and subsequent acquisition of a Brisbane CBD office tower worth over AUD $520 million. The property was acquired from European and US owners and has an occupancy rate of over 99% with bluechip corporate, state and Commonwealth government tenants spanning office, retail and child care.

Vanessa Williams, Director at Alliott NZ (accountants), is excited to announce that her firm has won work with the owners of the Accor Hotel in Manukau, Auckland. After reaching out to them via the Executive Office, Alliott NZ received valuable input from Alliott Group members with clients in the hospitality sector including Jon Broadley and Colin Farmer. This information was added to a presentation on the firm’s worldwide experience delivered by the owner to Accor Hotels. The client is now effecting the change of accountants.

Janelle Parish at Allan Hall Resource Services in Sydney, Australia reports on success involving their large and growing HR team. In recent years, the firm has seen many of their clients facing increasing employment challenges, including attracting and recruiting top talent, ensuring they are HR compliant when employing and paying their staff, engaging and motivating their employees and managing performance and workplace issues. As a result, the firm’s HR team has grown to 14 HR consultants who provide advice to many of their clients, from small to large businesses. One of their major clients includes a large US owned, national electrical wholesaler to whom Alan Hall provide a range of outsourced HR services, including recruitment, general HR advice, training and development, compliance, psychometric testing as well as industrial relations matters such as performance management, investigations and mediations.

Ken Lee of Lee & Lee Associates (accountants) in Beijing, China, reports that two of their clients successfully received new finance thanks for their professional support and advice on consolidated reporting, internal controls, tax consulting and audit. Ken adds that their clients are very satisfied that they not only handled their accounts efficiently, but also dealt with their Big Four auditors in a professional manner.

Dimpy Mohanty, Partner at Delhi law member LexCounsel, reports that their firm is advising Coca-Cola’s Indian subsidiary on the practical implications of changes to the retail trading sector and their expansion potential in view of recent easing in the conditions in this regulated sector.

David Baumgartner, Baumgartners, Melbourne, Australia, reports that his firm recently interacted with Tabuchi Accounting Office (Japan) regarding their Australian HR and recruitment agency client that was looking to establish a separate “Japanese” agency licenced in Japan. The two firms liaised on the appropriate corporate structures and additionally, the client is either buying, or already owns, land in Japan and would like to put the land inside a trust in Japan.

Joe Canny, Jamison Alliott, Melbourne, Australia reports that all of the firm’s self-managed superannuation fund (SMSF) audits have been referred to Baumgartners’ Superannuation Division, along with a large number of business valuation matters. Furthermore, Joe recently referred a matter involving an expat’s income tax case to David Gibbs at Alliotts in the UK and sent a matter to Scott Shapiro in New Jersey that involved a US property transaction.

Anand Chatrath, Managing Partner at BM Chatrath & Co (accountants) in India reports that his firm has been appointed by HSBC India on a pan-India basis as a Grading CPA Agency to conduct due diligence review audits on suppliers to large corporates in India under the Dealers Financing Program (DFP) for Proposed Unsecured Bill Discounting Facility (UBD). The pre-condition for this facility is that HSBC India must have an existing business relationship with the corporation. The work, which is being led by Umesh Pandey, Partner, and Bharat Swain, Sr. Audit Manager, involves conducting site visits, collection of ‘Know Your Customer’ (ID) documents from suppliers and the preparation of a financial and non-financial grading and due diligence audit report. Anand sees a good opportunity for Alliott Group members: “If other member firms are interested in approaching HSBC in their countries to win similar work, we would be happy to assist in whichever way we can.”