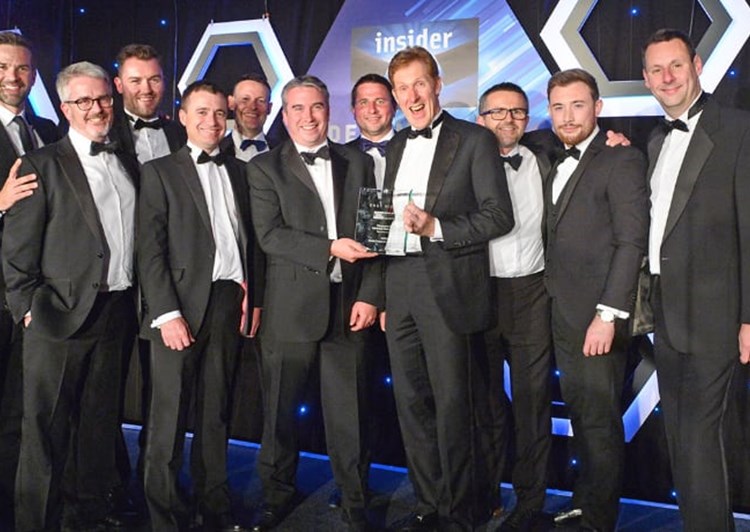 Midlands accountants Smith Cooper Corporate Finance was recently awarded Corporate Finance Advisory Team of the Year 2019 and was recognised for its involvement in the SME Deal of the Year, at the distinguished Insider Dealmakers Awards held at the Nottingham Belfry Hotel.

The first award to be announced, Corporate Finance Advisory Team of the Year, sponsored by HSBC Bank UK, put the team up against the likes of KPMG, BDO and Clearwater International. The team were commended for their involvement on several landmark deals including the AA’s acquisition of Prestige Fleet Servicing, the divestment of Gill Marine and the management buy-out of Flamerite.

The second award was SME Deal of the Year, sponsored by ThinCats, for the management buy-out of Flamerite. The transaction involved Smith Cooper Corporate Finance amongst five other teams of funders and advisors. Not the first time to be recognised for their contribution to the Deal of the Year, this is the fifth consecutive year that the team have been instrumental in the Deal of the Year - three times in the East Midlands and twice in the West Midlands.

The awards follow the team’s most successful year yet. Deal performance for the year ended 31 March 2019 eclipsed all previous records, with the team closing the book on 43 deals, surpassing last year’s 35 and the previous year’s 29.

The Smith Cooper Corporate Finance team’s innovation, expertise and relentless tenacity is the reason for its continued success and multiple M&A award wins; I am delighted that the team’s efforts have been justly recognised. I am very proud of their achievements.”