Frank Laagland of Eindhoven law member VMBS Advocaten details a recent client case study highlighting the conflict between the United States and the EU when it comes to trading with Cuba. 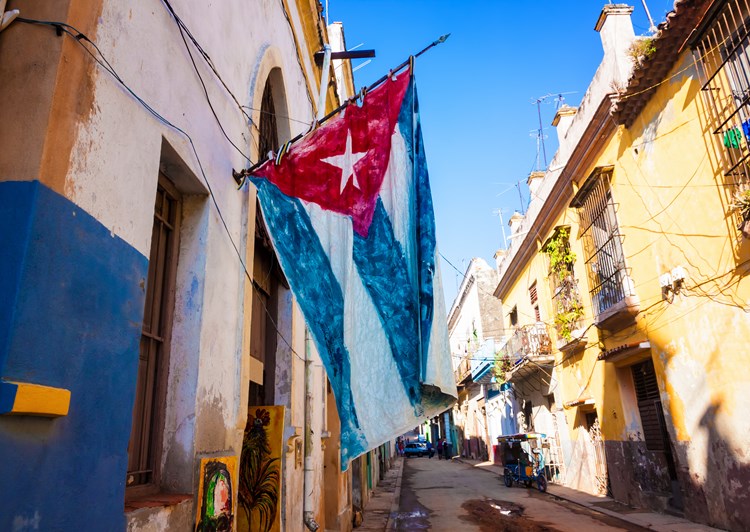 The European Union, and therefore the Netherlands as well, regularly trades with Cuba. The government even organises trade missions to Cuba to establish business contacts. This is not surprising, because there is much to be imported into and exported from Cuba now that the political climate has become more moderate. But the United States has a different opinion. Very different.

In 1996, the United States passed a law that has been supplemented and amended over the years. In short, this law prohibits anyone from trading with (communist) Cuba. The short title of this law is the Helms-Burton Act (HB Act). ‘Anyone’ means any person anywhere in the world. Including EU citizens. If you are frowning your eyebrows right now, you are certainly not the only one. It is correct that the United States passed a law that applies to any person anywhere in the world. That is the reason why in that same year of 1996 the European Union adopted a Regulation as a counter-response to the HB Act. This EU Regulation prohibits any EU citizen from acting in accordance with the HB Act.

After 1996, it stayed relatively quiet in this respect. The reason for this was that the European Union and the United States agreed shortly after 1996 that the HB Act would not be implemented in the EU. So far so good. Until the United States got a new president in 2017.

One of his many spearheads was to breathe new life into the HB Act. In a short period of time, a number of European companies (with parent companies or subsidiaries in the United States) was subsequently ordered by sanctions authorities in the United States to pay hefty fines (millions of dollars). To the best of our knowledge, no proceedings have been conducted before a court in this respect. The case that I am now presenting to you is quite different.

A software company in the Netherlands, which in this contribution I will refer to with the fictitious name of Soft BV, sells its products around the world, for which purpose it also engages third parties. My client was engaged to sell software in Cuba in 1996 (once again this year, completely coincidentally). I will refer to my client as the Seller. The Seller is registered outside the Netherlands. The agreement that dates from 1996 was executed by the parties Soft BV and the Seller for many years, largely to the satisfaction of both parties. Until early 2019. Until that time, the shares of Soft BV were held by an English investment company, but it sold its shares to an American investment company, hereinafter to be referred to as US Invest. The contract of sale between the English investment company as the seller and US Invest as the buyer was concluded around March 2019. The shares in Soft BV were to be transferred in May 2019. In March 2019, US Invest discovered that Soft BV was selling its products in Cuba (with the Seller’s assistance). US Invest immediately took action and instructed Soft BV to terminate the 1996 agreement with the Seller with immediate effect.

Soft BV acted in accordance with this request from its new prospective shareholder and terminated the agreement with the Seller dating from 1996 with immediate effect. The reason for termination: the HB Act. Now you may wonder how this is possible because Soft BV is a Dutch company covered by EU regulations. The EU Regulation from 1996 prohibits (in this case) Soft BV from terminating an agreement pursuant to the HB Act. This is precisely the question that was submitted to the Dutch Court in The Hague. Which law prevails: the HB Act from the United States or the EU Regulation?

Soft BV stated in this context, among other things, that the sanctions authorities in the United States actually impose sanctions for acting in violation of the HB Act, whereas the European Union does nothing in terms of sanctioning policy in case of acts in violation of the Regulation. According to Soft BV this was a reason why the interest of Soft BV to act in accordance with the HB Act is greater than its interest to comply with the European Regulation.

The court did not waste much time with this line of reasoning. First of all, the court states that Soft BV cannot rely on force majeure, because US Invest made the choice to buy shares in Soft BV, which choice should not carry negative consequences for the Seller. It is striking that the court makes a superfluous remark, which makes the judgment relevant to future cases. According to the court, the EU Regulation applies to Dutch citizens, among others, and therefore to Soft BV as well. The court continues that by terminating the agreement Soft BV may have been guilty of Sections 1 and 2 of the Dutch Economic Offences Act, in which sections the EU Regulation has been implemented in the Netherlands. In other words, criminal proceedings may be instituted against Soft BV on account of the notice of termination given by Soft BV.

In a judgment of 25 June 2019, the Court in The Hague ordered Soft BV to fulfil the agreement concluded between it and the Seller in 1996. For the Seller, this brings an end to the juridical wrangling (apart from the appeal that Soft BV has lodged) now that the agreement is (once again) executed between the parties. This seems to be far from over for Soft BV, since it will either be held liable by the sanctions authorities from the United States (with hefty fines) and/or the Dutch sanctions authorities will institute criminal proceedings (also with fines) against Soft BV (by order of the European Commission).

Who knew that a thoughtless termination could have such consequences? All the more reason to think carefully about when an agreement can be terminated and how the termination of an agreement should be given shape.