Is technology innovation a threat to accounting jobs or a huge opportunity to augment services to clients? 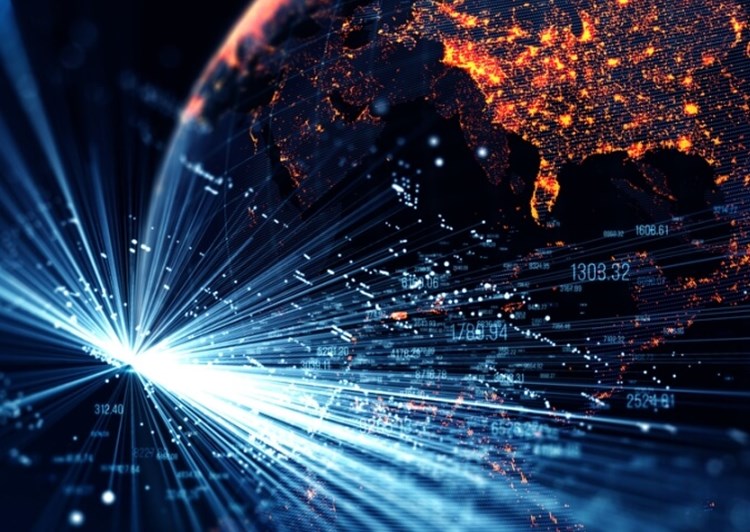 Staff from the Executive Office attended the recent Digital Accountancy Forum in London where speakers from the big global consulting firms and leading software vendors exchanged views on the impact of technological change in the accounting industry. Technology clearly poses a threat to the established order, but are we underestimating the ongoing importance of human judgment? Read on for the views of the industry's thought leaders.

The end of the road for the spreadsheet?

Andrew Harding, Chief Executive of AICPA-CIMA gave his view that many things accountants do today should not be done that way due to process automation, artificial intelligence and machine learning. Harding cited the use of spreadsheets in this era of ‘big data’ as being “obsolete”. Harding also commented that:

The route to industrialisation of data

Mark Edmondson, CEO & President of Inflo, urged the audience to “automate what can be automated” and to allow innovation to drive industrialisation. Edmondson shared his views on best practice technology implementation as follows:

Changes to the traditional pyramid model

In terms of the pyramid model, Edmondson predicted that greater use of automation will see staff at lower and middle levels being deployed in roles focused on client service and growth of existing and new client accounts. Less time will be spent on activities such as data entry and more spent on data analysis, understanding the client’s business challenges and solving problems. Staff will need a different, more commercial mindset, predicted Edmondson.

Chris Potter, Assurance Transformation Partner at PwC, shared his view that automation will enable us to work smarter and service clients better, using data to identify evolving levels of risk in a timely manner. Among Potter’s observations were:

Potter even questioned whether WIFI networks will become obsolete given the future widespread availability of 5G networks.

Referencing PwC’s CEO Agenda, Pulse on Robotics 2016 report, Potter commented that 56% of CEOs intend to reduce headcounts over the next five years as a result of robotics. Furthermore, 47% of jobs in the US could be replaced by robotics and other computerisation by 2034. On the other hand, 67% of CEOs felt that robotics will create new and exciting opportunities for employees by automating repetitive tasks. Potter also explained that:

Potters suggested that we could be looking at the dawn of the 4th industrial revolution.

On the role of humans, Potter gave his view that while AI can help to augment human decision making, human judgment is still likely to be needed.

One tool developed by PwC is the data auditing tool Halo for Journals- PwC have, according to Potter, processed 217 billion journals through Halo. The tool helps companies to identify risks and process inefficiencies and takes advantage of computers’ ability to recognise patterns and analyse large data sets.

An opportunity for developing countries to take the lead?

Potter explained that developing countries may not necessarily get left behind by the pace of change. Conversely, many can, according to Potter, expect to not just be on a par with the developed world, but to ‘trailblaze’ as they are not wedded to outdated technologies. In Africa for example, there is a wealth of talent who are very agile and mobile device centric.

Make a decision on technology - do not just ignore it

Furthermore he added that accounting firms need to decide whether to buy technology, build it or outsource it– they certainly can’t just ignore it.

Gal also believes that the adoption of new technology needs to be a long-term journey- expectations should be set beyond three months as there will be initial implementation pain before gain. A return will, according to Gal, only start to be seen in months 3-6, and only in months 6-9 should the new technology be rolled out across departments to drive economies. Beyond 9 months, technology adoption should be mandated to maximise the benefits.

While most firms thought the move to the cloud would reduce the need for IT staff, the reverse, as Potter explained, has turned out to be true. However, they do not tend to be on site managing on-premise software applications.

Can the next generation acquire the required basic skills of accounting?

Partnering with multiple technology suppliers will, according to Gal, be critical to firms’ future success.  One concern within the profession is whether, due to the growing influence of technology, the next generation will have the ability to break things down intellectually and acquire traditional core skills such as an understanding of debits and credits. It was argued that these skills are now even more important but will be applied differently.

A audience poll conduced during the conference showed that only 33% of attendees are confident about how to roll out technology in their firms, with 11% admitting to ‘not having a clue’!

Do not let the tail wag the dog

Katie Canell, UK Audit Innovation Lead at Deloitte, described machine learning as the engine that supports an AI system with algorithms being used to detect patterns in data. With training it can learn what a user is trying to do and learns continuously without the need for software programming.

However, Canell pointed out that inconsistent data sets are a big threat to its usefulness. Moreover, she explained that representative data is needed to train the algorithm to identify these patterns and trends. With the right volume of focused data, Canell said that she expected the accuracy of predictions to improves as the system learns.

Machine learning should, in Canell’s view, be seen as the enabling technology, but not the solution itself. The following benefits were highlighted:

Among Canell’s tips on running tech projects were that a firm needs to ensure their technology concept is agile– critical success factors must be identified and ROI must be measured against each intended use case.

With a technology project, firms must focus on the problem rather than letting the tech drive the scope of the project.

To maintain project momentum, Canell advised that firms should always start with the low risk areas where quick wins could be gained in terms of efficiency, improved quality and accuracy. These should be the areas that require less judgment.

In the more complex areas of the business, firms need to ensure they have historical data that is representative in order to predict future actions.

The importance of human judgment

Human judgment will still need to play a role in the autonomous process – Canell specified the determinant factors which drive the level of human intervention required:

Successful businesses, according to Canell, will be those that learn to combine machine learning with human intelligence to create the golden goose of ‘augmented intelligence’. She cautioned that controls and governance need to be considered carefully to mitigate risk.

Are we ready for Blockchain?

Matthew Baker, Senior Manager, Global Blockchain Assurance, EY explained that adoption rates of Blockchain technology driven solutions are steadily increasing and are filtering into businesses of all types and sizes.

The huge benefits were highlighted, including:

1) The ability for a database to be synchronised and shared across companies, enabling everyone to see everything and rely on the same versions of the data
2) It ensures an immutable audit trail, thereby enhancing supply chain traceability (it is tamper proof)
3) It enables smart contracts that cannot be broken and that require little manual intervention. Any anomalies can be detected in real time
4) It provides for enhanced database security, with access needing to be approved by all parties
5) It ensures more efficient reconciliation and greater transparency with parties being more connected.

However, it was explained that issues related to public confidentiality remain if there is no-one in the middle verifying who the people are who are exchanging data. Scalability was also highlighted as a concern with networks grinding to a halt recently.

Another threat to the widespread adoption of Blockchain, according to Canell, are different regulatory approaches across regions. In Canell’s view, regulators in different countries need to work out where they need to intervene (or not) and then enable Blockchain.