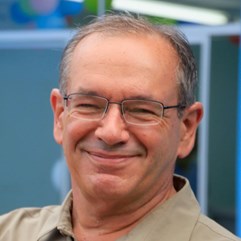 John is the managing partner of Linkenheimer LLP. John joined the firm in May 1977, the day after he graduated from Sonoma State University with honors and distinction. He became a partner in the Firm in January 1983, and then managing partner in July 1986. He grew up in Sonoma County and attended Santa Rosa Junior College and Sonoma State University. John is Past President of the California Group of Accounting Firms, Past President of a local Rotary Club, Chairman of the Board of Elders at St. Mark Lutheran Church, board member of San Juan Rio Relief and past Chairman of Alliott Group Worldwide. John spends his work-related time assisting clients in areas that include � forecasting, budgeting, feasibility studies, mergers and acquisitions, lender financing, succession planning, compensation planning, as well as income and estate tax planning.
Outside the office, John travels on bi-annual trips to third world countries with the Santa Rosa Sunrise Rotary Club to do short-term Eye Care clinics. John has led Rotary missions to Mexico, Haiti, Guatemala, Samoa, Vietnam and Nicaragua. He also takes a mission team from St Mark Lutheran once a year into the R�o San Juan region of Nicaragua for eye exams and Bible distribution, in addition to the three Linkenheimer staffed missions.Between leading Rotary, Linkenheimer and St Mark missions to Nicaragua he has personally examined over 20,000 villagers for cataracts, pterigiums and vision prescription needs.

Through Santa Rosa Sunrise Rotary John is spearheading the effort to build, equip and staff a surgery center in the village of Sabalos in the R�o San Juan region of Nicaragua. John and other Rotarians have made many trips to move this project along. Once completed it will be the closest source for advanced diagnostics and surgery for the 30,000 people of this remote region. The construction of the surgery center was completed during the summer of 2017. The next phase is equipping the center via a Rotary Global Grant then funding the specialty MD's salaries for 18 months.

The balance of his time is spent with his wife Ardys and dogs Lou, Fred, Nancy, Vida, Nessa and Haddie. The latter five are Great Pyrenees that oversee the herd of about 80 goats. John enjoys time with their three grown children, spouses and seven grandchildren. A little hunting and fishing finds it way into his life too.